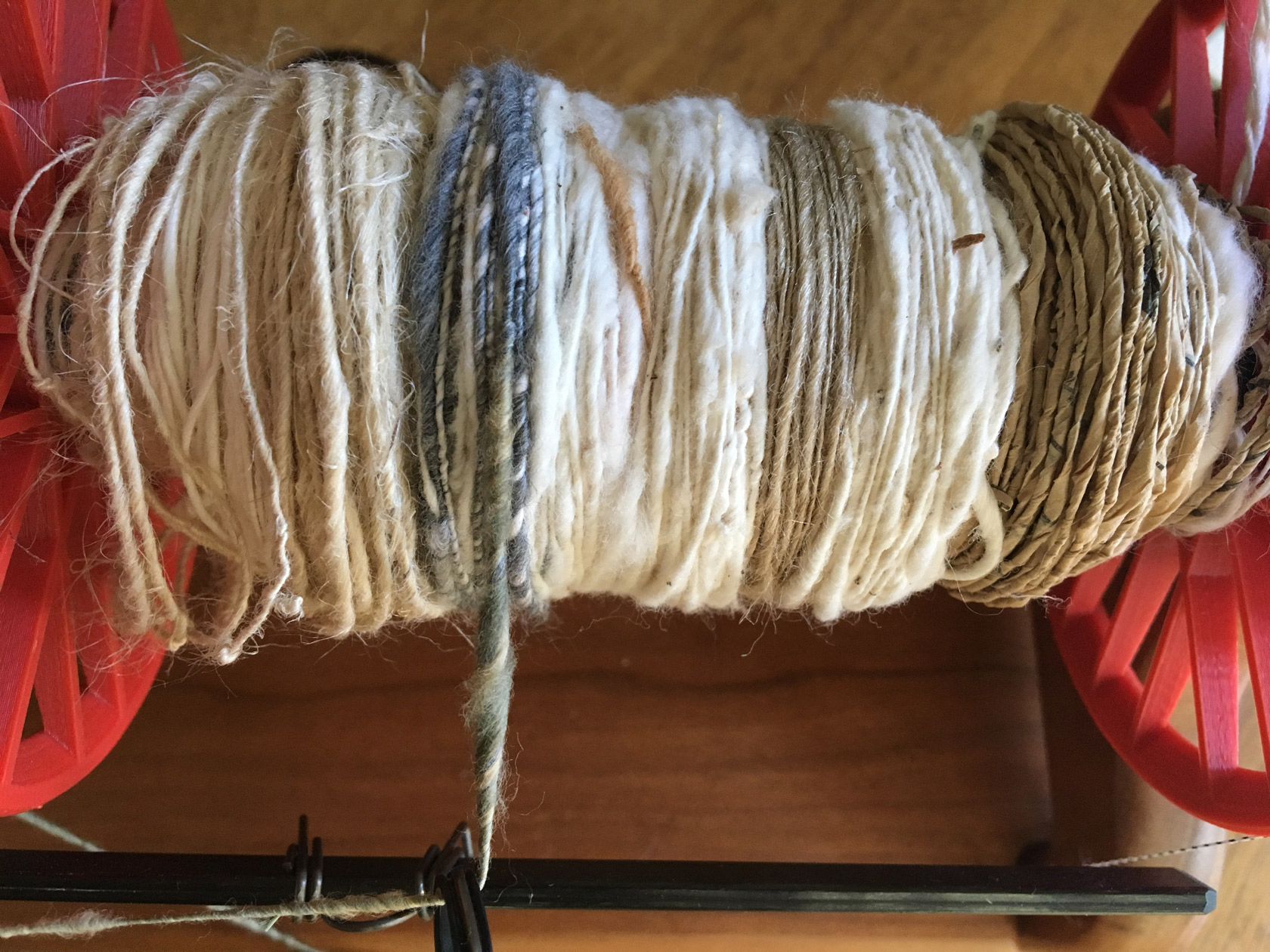 The first night we got together and ate. I took no photos because…eating. Judith remembered me from two years ago at the farm tour where I first saw her talk and was amazed to listen to someone who knew so much more than I ever did and couldn’t even remember. Everyone (not me) hugging like long lost friends.

Day one we spent all day learning about bast fibers and how to turn them into something to spin. Spun up samples of flax that had been commercially processed, some she had done herself on the hackle (sp?), some nettle she had done with really long fibers, then there was ramie, bamboo, then some people took some of the tow left from hackling and blended it in with some dyed wool using cards and spun that. I stuck with the plain bamboo and flax. I’m still struggling with spinning itself, and blending and dyeing are too far over the horizon to trap me into learning it yet.

I was cranking out fiber all day, most of it crap and shitty, but trying it and once in a while getting it. Later on visiting Taylored Fibers (where I had mine processed), I realized that he has quite a huge selection of beautiful fiber for sale and ready to spin, merino blends, Shetland blends, natural colors…other people there were buying bags of it, I was holding my hands behind my back and not buying anything. Yet. I have enough to do with my bags of wool I have yet to write about. My mind is spinning.

1 thought on “Spinning on My Mind” 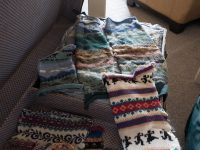 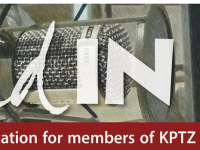 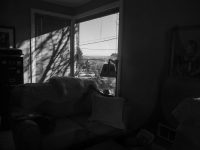 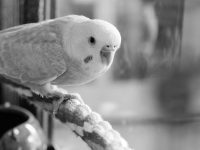 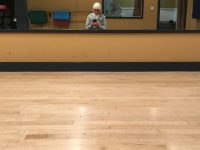 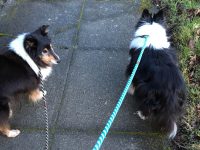 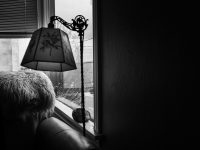 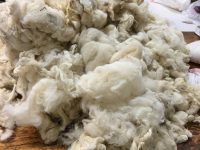 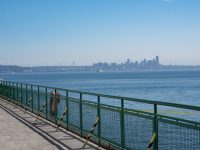